In this episode, I had the honor of speaking with Dr. Albert Garcia-Romeu, Assistant Professor of Psychiatry and Behavioral Sciences at Johns Hopkins and a Guest Researcher at the National Institute on Drug Abuse Intramural Neuroimaging Research Branch, where he studies the effects of psychedelic drugs in humans, with a focus on psilocybin as an aid in the treatment of addiction. We discussed his work with psilocybin, what it means to be addicted, and what insight his work has given him into the mystery of consciousness. So, please enjoy this episode, with Dr. Garcia-Romeu.

In this episode, I had the honor of speaking with Dr. Dennis McKenna, an ethnopharmacologist, research pharmacognosist, lecturer and author. He’s also the founder of the McKenna Academy and a board member at the Heffter Research Institute. We talked about psychedelics and consciousness.

So, let’s hear what Dennis McKenna has to say about human consciousness, including psychedelics’ role in our evolution.

In this episode, I had the honor of speaking with Dr. Sam Ko, owner of Reset Ketamine. We discussed his insight into consciousness while working with Ketamine and his East-meets-West approach to healing. This is also the first episode that is also published on my other podcast, The Stoned Ape Reports, which covers healing with psychedelic medicines. So, please enjoy this episode with Dr. Sam Ko.

In this episode, I had the honor of speaking with Dr. Andrew Gallimore.  Dr. Gallimore is a neurobiologist, chemist, and pharmacologist, with a focus on the relationship between psychedelic drugs, the brain, and consciousness as… 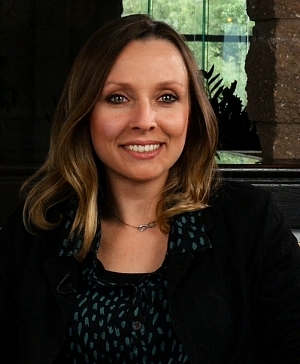