In this episode, I had the honor of speaking with Dr. Berit Brogaard. We discussed science and consciousness, brain waves and neural correlates of consciousness, and her work with synesthesia and savant syndrome. Dr. Berit “Brit” Brogaard is a Professor of Philosophy and the Director of the Brogaard Lab at the University of Miami. Her areas of research include philosophy of perception, philosophy of emotions, and philosophy of language. She is the author of several books, including Transient Truths and The Superhuman Mind.

We had a great conversation and covered topics ranging from philosophy to hard science, all in the context of mind-brain duality. Please enjoy this episode with Dr. Berit Brogaard.

In this edition, I had the pleasure of speaking with Dr. Marjorie Woollacott, author of the book, Infinite Awareness: The Awakening of a Scientific Mind, which she describes as both a scientist’s memoir and a research survey on human consciousness. Dr. Woollacott was a neuroscience professor at the University of Oregon for more than three decades and a meditator for almost four. She also has a master’s degree in Asian studies.  Her master’s thesis was the foundation for her book. Her research has been funded by the National Institutes of Health and the National Science Foundation, and includes both research in neuroscience and testing the efficacy of alternative forms of therapy such as tai chi and meditation for improving both attention and balance in adults. 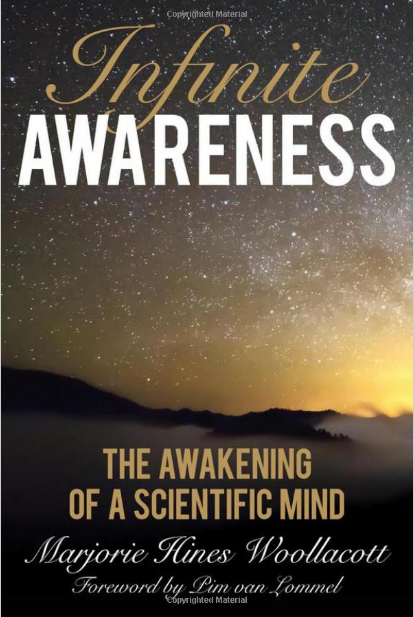 Get the book at Amazon.

We had a great conversation about her studies and experiences around consciousness, meditation, and event psi phenomena. Please enjoy this conversation with Dr. Marjorie Woollacott.

This week, I had the pleasure of speaking with Dr. Bernard Kobes from my Alma Mater, Arizona State University. Dr. Kobes has been an Associate Professor of Philosophy at ASU since 1986, where he has been recognized with numerous awards. We covered everything from what-it-is-like consciousness to the emergence of consciousness in both individuals and in species to the morality and ethics of uploading one’s consciousness into a computer.

Topics we covered include:

This week, I had the pleasure of speaking with Dr. Christof Koch, and the topic, I would say, was panpsychism, but we covered so much of his work in human consciousness, including the Integrated Information Theory and a breaking new way to measure consciousness. It was a great conversation, one which has me thinking of some great new Science Fiction ideas based in some amazing reality.

Christof is the Chief Scientific Officer of the Allen Institute for Brain Science in Seattle, Washington. From 1986 until 2013, he was a Professor of Biology and Engineering at the California Institute of Technology in Pasadena. While born in Kansas City, he grew up in Amsterdam/Holland, Bonn/Germany, Ottawa/Canada, and Rabat/Morocco. His education includes the Lycée Descartes with a French Baccalaurèat, studies in Physics and Philosophy in Tübingen, Germany, where he earned his PhD from the Max-Planck-Institut. He spent four years as a post-doctoral fellow at the Artificial Intelligence Laboratory and at the Brain and Cognitive Sciences department at MIT.

He thinks a lot about the universe and how it came to be, about the brain, how it produces consciousness and how the sentient mind emerges from the physical brain. We covered that and much more, so please enjoy my conversation with Christof Koch.

Get his book on Amazon: