A Podcast on Human Consciousness!

Hear from experts in neuroscience, philosophy and related fields discuss the human mind and consciousness.

In this episode, I had the pleasure of speaking with Dr. Bernardo Kastrup. Bernardo has a Ph.D. in computer engineering with specializations in artificial intelligence and reconfigurable computing. He has worked as a scientist in some of the world’s foremost research laboratories, including the European Organization for Nuclear Research (CERN) and the Philips Research Laboratories (where the “Casimir Effect” of Quantum Field Theory was discovered). He has authored many academic papers and books on philosophy and science. Three of his most recent books, available at online booksellers are: More Than Allegory, Brief Peeks Beyond and Why Materialism Is Baloney.

Please enjoy this conversation with Dr. Bernardo Kastrup, where we dive into that notion that Materialism…is baloney.

This week, I had the pleasure of speaking with Dr. Keith Frankish, a European philosopher and writer. I was first introduced to Dr. Frankish’s theory by David Chalmers’ keynote speech at The Science of Consciousness. The theory is Illusionism. Do we have consciousness or does it SEEM as if we have consciousness? Dr. Frankish is an Honorary Reader at the University of Sheffield, a Visiting Research Fellow with The Open University, and an Adjunct Professor with the Brain and Mind Programme at the University of Crete. His focus is primarily in philosophy of mind, but he has interests in many areas of philosophy.

Please enjoy this conversation on Illusionism with Dr. Keith Frankish. Oh, and there’s a bonus ‘far out’ question at the end on illusionism’s potential role in the brain as a portal to a greater consciousness. I came away from that conversation with a new perspective. Again, please enjoy this edition of The Consciousness Podcast with Dr. Keith Frankish. 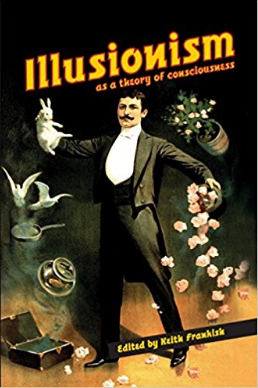 This week, I had the pleasure of speaking with Dr. Michael Nahm, and the topic was Terminal Lucidity, a term he coined. Terminal Lucidity has implications in end-of-life experience, Near Death Experience, and provides insight into human consciousness. Dr. Nahm is a Biologist and studied Zoology, Botanics, Genetics, and Palaeontology. Learn more about his thoughts, ideas, and studies at www.michaelnahm.com.

Please enjoy this edition of The Consciousness Podcast with Dr. Michael Nahm. And listen past the end for a ‘far out’ discussion on psychedelics and Terminal Lucidity.

Far Out Question: Psilocybin reconnecting the networks; can that happen with a released chemical in the brain connected to the knowledge of pending death? Goes around damaged areas of the brain?

This week, I had the pleasure of speaking with Dr. Dean Radin, Chief Scientist at the Institute of Noetic Sciences (IONS), and our conversation, I’d say, surrounded the topic of scientific study of the foundation of psi phenomena and consciousness. Dr. Radin earned an MS in electrical engineering and a PhD in psychology from the University of Illinois, Urbana-Champaign. Before joining the research staff at Noetic Sciences in 2001, he held appointments at AT&T Bell Labs, Princeton University, University of Edinburgh, and SRI International. He is author or coauthor of over 250 technical and popular articles, three dozen book chapters, and three books including the best-selling The Conscious Universe, Entangled Minds, and the 2014 Silver Nautilus Book Award winner, SUPERNORMAL. His latest book, Real Magic, is available now at booksellers everywhere.

We had a fascinating discussion, so please enjoy my conversation with Dr. Dean Radin.

This week, I had the pleasure of speaking with Dr. Bernard Kobes from my Alma Mater, Arizona State University. Dr. Kobes has been an Associate Professor of Philosophy at ASU since 1986, where he has been recognized with numerous awards. We covered everything from what-it-is-like consciousness to the emergence of consciousness in both individuals and in species to the morality and ethics of uploading one’s consciousness into a computer.

Topics we covered include:

This week, I had the pleasure of speaking with Jonathan Simon, who is a a postdoctoral associate in the NYU Department of Philosophy, and research fellow of the NYU Center for Mind, Brain and Consciousness and the Global Institute for Advanced Study Project on Space, Time and Consciousness. His primary research is in the metaphysics of mind. He also has research interests in perception, the metaphysics of science, moral psychology, value theory, and legal and political philosophy. We had a great discussion on property dualism, the immortality of the soul, and more.

We covered these Questions:

This week, I had the pleasure of speaking with Dr. George Mashour. Dr. Mashour is an anesthesiologist and neuroscientist who is internationally recognized for his study of consciousness. He approaches the question of consciousness using computational models, experimental models, translational studies in healthy volunteers, and clinical research in surgical patients.He thinks a lot about the universe and how it came to be, about the brain, how it produces consciousness and how the sentient mind emerges from the physical brain. We covered those topics and more, so please enjoy my conversation with Dr. Mashour. 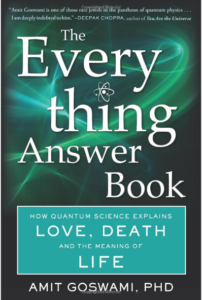 This week, I had the pleasure of speaking with Dr. Christof Koch, and the topic, I would say, was panpsychism, but we covered so much of his work in human consciousness, including the Integrated Information Theory and a breaking new way to measure consciousness. It was a great conversation, one which has me thinking of some great new Science Fiction ideas based in some amazing reality.

Christof is the Chief Scientific Officer of the Allen Institute for Brain Science in Seattle, Washington. From 1986 until 2013, he was a Professor of Biology and Engineering at the California Institute of Technology in Pasadena. While born in Kansas City, he grew up in Amsterdam/Holland, Bonn/Germany, Ottawa/Canada, and Rabat/Morocco. His education includes the Lycée Descartes with a French Baccalaurèat, studies in Physics and Philosophy in Tübingen, Germany, where he earned his PhD from the Max-Planck-Institut. He spent four years as a post-doctoral fellow at the Artificial Intelligence Laboratory and at the Brain and Cognitive Sciences department at MIT.

He thinks a lot about the universe and how it came to be, about the brain, how it produces consciousness and how the sentient mind emerges from the physical brain. We covered that and much more, so please enjoy my conversation with Christof Koch.

Get his book on Amazon:

This week, I had the pleasure of speaking with Dr. Edward Kelly, and our topic was Survival of Consciousness after death. It was a great conversation, one which has stayed with me and has me contemplating everything from cosmic consciousness to quantum field theory to heaven and souls. Ed is currently a Professor in the Division of Perceptual Studies (DOPS) at the University of Virginia. He received his Ph.D. in psycholinguistics and cognitive science from Harvard, and spent the next 15-plus years working mainly in parapsychology, initially at J. B. Rhine’s Institute for Parapsychology, then for ten
years through the Department of Electrical Engineering at Duke and finally through a private research institute in Chapel Hill. You may be familiar with his books, Irreducible Mind and Beyond Physicalism. He has now returned to his central long-term research interest – the application of modern functional neuroimaging methods to intensive psychophysiological studies of psi and altered states of consciousness.